Karen, age 57TREATMENT: nSTRIDE injections into both knees and Total Knee Replacements for both knees 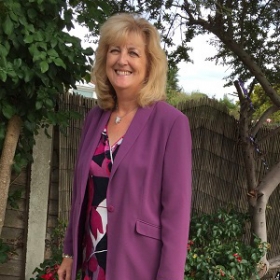 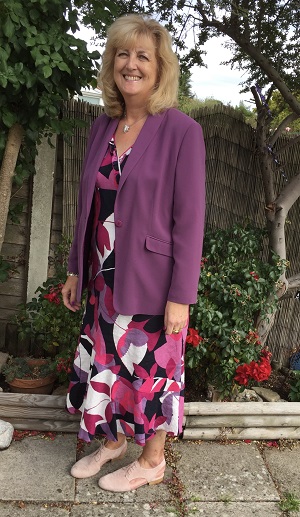 Karen was suffering from inflammatory osteoarthritis and had been seeing her GP about the pain in her knees. He sent her to see an Orthopaedic Surgeon who advised she did everything to improve her muscles and help to support her knees – physio, exercise, painkillers, swimming and miles on an exercise bike.

Her situation was awful. She was in so much pain, off sick from her job and her husband had cancer. She was told that although her cartilage was non-existent and needed new knees, she was too young for knee replacements! She was 57 years old and having to use knee supports, painkillers, a stick and was scared of falling over.

Karen saw the article in the Mail-On-Sunday about the nSTRIDE autologous protein injection and arranged a private consultation with Mr Vedi. He discussed the procedure at length and thought it would help her in both her knees. Although it was expensive as not available on the NHS, he made sure Karen understood it might not last and it was to get her out of pain and hopefully give her more time before knee replacements, which he did say he would do for her if necessary.

The injection was a quick procedure - it didn't hurt and Mr Vedi showed her what he was doing and talked through everything that was being done to her. One injection was put directly into each knee which was just uncomfortable for a short while. It then felt as though her joints had been oiled and the pain in them went away after about two days. She rested for two weeks but felt a big improvement after a week and did not need to use her stick at all.

Unfortunately for Karen, the injections although they worked well, they only lasted approximately six months. Mr Vedi then replaced her right knee in May 2017 and her left knee in August 2017.

She is now signed off from the hospital and is back at her job, having reduced her hours and able to work part-time.

Karen said “When I went for my follow up appointment, Mr Vedi was as professional as ever and held his hand out to shake mine. No, I'm sorry I had to give him a big hug, shocked as he was, he is my absolute hero. All I ever wanted was to enjoy my life, be free of pain and look after my husband and be able to push him in a wheelchair through treatments and look after him. My quality of life has completely improved and I'm looking forward to the future with my new knees.”